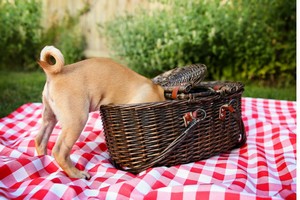 The cat, well.  Everyone agrees that was the worst.

It wasn’t a pet. More of an outside cat, a vineyard cat, if there is such a thing. But it had its peeps: Keswick Vineyards staff, and customers who kept an eye out. Pounce was her name. And then one day, gone. Pffft. Buh-bye kitty.

No, not the long slink over the rainbow bridge. Misappropriated.

One bright, happy day at the winery, a customer stole Pounce.

Pounce wasn’t the only goodie customers helped themselves to. “When I was working in the tasting room I remember we had lots of glasses taken,” says Kat Schornberg, whose parents own Keswick Vineyards. “Also corkscrews, wine chilling buckets (we used to be cleared out of those like every weekend!), cutting boards, wine, decorations.”

Turns out Rihanna isn’t the only one stealing wine glasses.

Jen Breaux at Breaux Vineyards in Purcellville says, “We started our year with almost 2,000 Riedel [wine glasses] and I now have 180. I've had 42 bread knives stolen, 20-something cutting boards, and this past weekend somebody literally was walking out of my grounds with my corn hole boards in their hand and the beanbags, too.

Meanwhile, on the opposite side of Northern Virginia, Cindi Causey, co-owner of Potomac Point Vineyards, reports equally ballsy thefts: a painting, a 4-foot by 3-foot tapestry…statues stolen right off the winery’s patio. She said, “We even had a half barrel stolen from the tasting room.”

“Is this exclusive to Virginia?” Jen Breaux wonders. “Or is this epidemic?”


IT’S NOT ALL ABOUT US

I asked Donniella Winchell, executive director of the Ohio Wine Producers Association, to pose the issue of customer theft to her members. The replies immediately poured in. “You must have hit a nerve,” she said.

In Ohio wineries, patio chairs have gone missing. Staff cash tips on the tasting counter. A wine competition medal, right off the bar. Framed art work. Photos of the winery from years gone by.  Bathrooms signs. Even a decorative stone pediment.

"They stood on the stair columns and pried the stone free of the epoxy cement," according to one aggrieved winery owner. Bacchus must have been keeping an eye out; a fisherman found it a month later in a nearby river. He recognized it and returned it to the winery.


YOU CAN’T SEE ME

Is this a big winery vs. small winery phenomenon, I wonder? When the owner is pouring for me and creating a personal connection, am I less likely to walk away with her corn hole boards?

Maybe. Both Breaux Vineyards and Potomac Point Vineyards are large by Virginia standards, and have dozens to hundreds of customers on the grounds any given day. Both work hard to connect with their guests, but it’s not the same as Granite Heights Winery in Warrenton, where visitors enter through the front door of an 1800's farm house – Hi, Mom! I’m home!  Sitting in the cozy parlor or library, there’s no avoiding eye contact with owners Toni and Luke Kilyk -- they’re right there.

Toni says they haven’t experienced this sort of theft, yet. “Maybe because we're small and new still, or because the seating areas are close by the house such that we can see, or because of the intimate and personal tastings where our guests meet us and hear our story.”

AN OUNCE OF PREVENTION

I was not born yesterday, Mister. - Mom

Craig Root, a consultant in Napa Valley who advises winery clients on theft prevention, says it’s important to greet customers within 15 seconds. It’s just good customer service, but it also lets the customer know they are being observed, so they’re less likely to steal.

“There’s almost a curtain that falls behind the first row of customers at the tasting bar,” Craig explains. “Tasting staff need to look beyond the first row, use their ‘big eyes’.”

Other tips Craig shares with clients include keeping an eye out for people who work in pairs – typically, a man, who creates a distraction, while a woman slips wine or gift shop items into a large purse – and to be aware that shoplifters tend to scan the room much more than others.

“Shoplifters typically look around 80% of the time and spend only 20% of the time looking at the merchandise – the opposite of actual shoppers.”

Craig also suggests having a designated staffer make regular rounds of the patio and picnic tables, chatting with customers to help build relationships, and also check for the dumb-drunk sort of behavior that leads to lawsuits – and to stealing corn hole boards and statuary.

STUPID IS AS STUPID DOES

Stupid alcohol syndrome is what many wineries blame as the biggest driver for petty thieves, though they’re much too polite to say this for attribution.

[Much of the discussion quoted here is from my Facebook page, and included some...ahem...interesting examples of “really stupid stuff,” which you can read here]

“I believe that it’s more of a 'what can I get away with' mentality that we’re seeing here after people have been drinking,” says Aubrey Rose of Rosemont Vineyards in southern Virginia, diplomatically.

WHAT’S YOURS IS MINE

I suppose you think you are special, Lady Jane. - Mom

Some wineries report what may point to a growing sense of entitlement by customers. Naturally, this makes one think of those narcissistic Millennials. Though Boomers may be the real troublemakers.

Lacking definitive data, I’ll just say You know who you are and don’t you make me pull this car over…

Jen Breaux shared this troubling story: “When the guy was walking out with the corn hole boards, his answer to me for taking it was that he spent enough money here."

Aubrey Rose thinks that sounds right. “[Jen] brings up a good point – perhaps people think that it’s okay to take it. Like the wineries are making enough money off them - purchasing wines and tastings - that they feel that they are “owed” something.”

And that behavior hurts. “I’m not really sure,” says Aubrey, “but especially with smaller wineries that don’t have the sales numbers that the larger wineries have, it really does hurt the bottom line.”

YOU BROUGHT THIS ON YOURSELF

If you can’t treat your things well, you just won’t have any more nice things. - Mom.

And that’s where some wineries are headed. Thanks, thanks a lot.

At Potomac Point Winery, “We had to implement a policy to hold guests’ licenses when they take wine outside so we get our glasses and chill buckets back,” said Cindi Causey.

Aubrey Rose shared one of Rosemont's solutions: “I think smaller things tend to wander off easily – especially wine glasses.  That’s why we made the decision to raise the price of our tasting and give the wine glass as a souvenir.  People were stealing them and taking them in their purses or bags, so why not just give it to them and actually recover our costs for the glasses they want anyway?”

Wendy DeMello of DeMello Vineyards/Third Hill Winery in the Shenandoah Valley reports that they’ve lost about one-third of their glasses. “Now we taste out of branded glasses, but serve unbranded glasses with bottles purchased.”

“At First Colony, we have at least a case of wine glasses a weekend walk off. We used to use Riedel. No more,” says Heather Austin Spiess, owner of the Charlottesville winery.

If you do it and get caught and go to jail, you WILL spend the night. - Mom.

Stealing is stealing. A glass, a corkscrew, a cute little necklace in the gift shop (which, by the way, you just stole from the artist, not the winery, you…you…philistine). It’s not yours to take. If you want a souvenir, buy one. And when a friend tells you that hilarious story about how she catnapped Pounce, the winery cat, don’t laugh. Shame her.

Heather at First Colony also said that patrons walk off with the toilet paper.

So if you don’t knock it off, you know where this is headed, right? 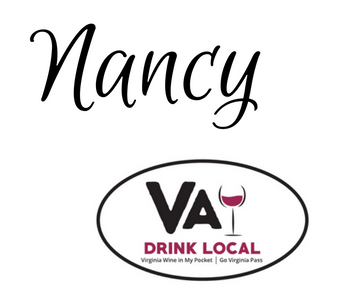